Showing posts from September, 2018
Show All

Last airfield trip of the season 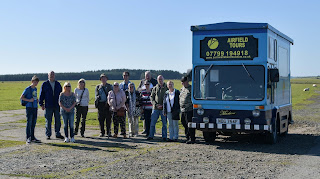 Thursday saw the last airfield trip of the season.  The weather was absolutely glorious and showed Davidstow off perfectly. Marlene will now enjoy a well earned rest until the beginning of July next year. Thank you to Mike for his photos. The visitors on the last tour of the season. Rod, the guide, is behind the lady with the striped top 4th from Marlene, and Chris, the driver, is next to the bus. The tour goes in to the remains of the control tower. Rod giving his talk and answering questions inside the control tower.
Post a Comment
Read more 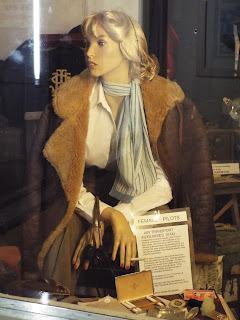 The Air Transport Auxiliary, or ATA, was a civilian organisation that was set up in WWII. The idea was to replace R.A.F pilots from having to leave active duty to fly new planes from the factories and assembly plants, damaged or repaired planes to and from airbases, and to maintenance units and scrap yards. If required the ATA would also fly service personnel on urgent duties. The ATA began in February 1940 and went on until November 1945. At the height of its operations there were 16 ferry pools and 2 training units with 1,152 male pilots and 168 women pilots. Initially these pilots flew with guns unloaded. However, after encounters with enemy aircraft for which they couldn't fight back the planes were flown with loaded guns. For navigation they mostly used ordinary road maps and looked out for land marks to guide them to their destination. All the pilots had to go through training to enable them to fly every type of aircraft from the Spitfire to the Lancaster bombers, a tot
Post a Comment
Read more 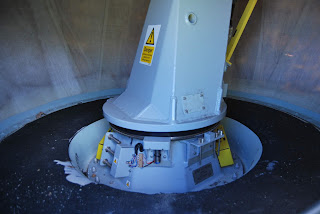 One of the newer additions to the museum is the SCOTT 4 RADOME. This piece of equipment is used for communication from a Royal Navy warship. The RADOME maintains a link between the ship and an orbiting satellite. The base of the radar. The base and the dish. The protective cover of the RADOME.
2 comments
Read more 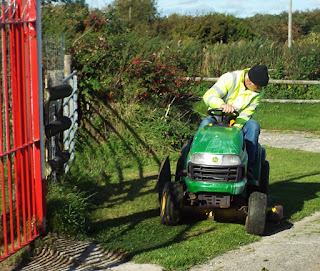 Never is a man happier than when he's operating a machine. Steve is very proud that he can cut the grass around the museum buildings without leaving the cuttings all over the paths.
Post a Comment
Read more

Inside The Anderson Shelter 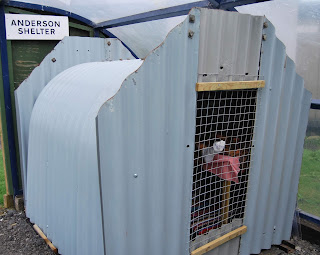 A few posts ago I mentioned our Anderson Shelter which had been put up in our Digging For Victory Garden. Les has very kindly taken a couple of photos of the interior where they have items like a thermos flask, a lantern and a blanket. Items that would be invaluable during the long hours spent in the shelter during air raids. If the income of the household was below £5 per week the government gave the shelter for free. If the income was more than that the family had to pay £7. By September 1939 over 1.5 million shelters had been issued. The shelters measured 1.95m by 1.35m, and were made from 6 sheets of corrugated iron bolted together at the top. There were steel plates at either end and the front entrance would have an earthen blast wall. They were not popular as they were damp and cold and also the people in them could hear all the bombs going off around them. But they did save many lives. As the air raids on the large cities in the U.K became a nightly occurrence people began
Post a Comment
Read more

The Best Museum In Cornwall

September 02, 2018
Don't know how many of you look at Tripadvisor, but the Cornwall At War Museum has been voted the best museum in Cornwall. That really takes some doing as Cornwall is full of Museums for such a variety of themes. There's the Regimental Museum in Bodmin - DCLI, Cornwall Aviation Heritage Centre, mining museums for clay, gold, tin, copper, even one for Witchcraft and one that includes cider making.  So to all of you that have left us glowing feedback on Tripadvisor a heartfelt thank you. Everybody works so hard to make your visit an enjoyable experience and it's good to know that it's appreciated.
1 comment
Read more 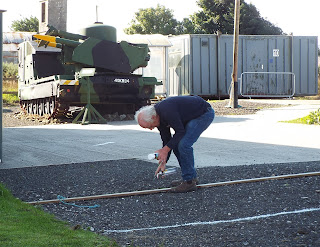 Yesterday Steve and Les tackled the job  of marking out the car parking spaces. The home made tool required was a very "technical" piece of equipment to get the lines straight. This was Mk 2 as the first one didn't have string at each end. Marking out the white lines. Moving the equipment. Putting  the tool away.
2 comments
Read more
More posts