THE BUSIEST DAY EVER!

May 31, 2018
On Tuesday this week Steve and Sheila, the owners of the museum, became stars on the local BBC News, Spotlight, and also on BBC radio stations Devon and Cornwall.

After a recorded interview in the morning on both radio stations, radio Devon conducted a live three way call between themselves, Sheila and Steve in the afternoon. Then on the local BBC Spotlight news they had a recorded interview as a part of a special places to go over the school holidays.

Last night Steve put out an email saying that yesterday had been the busiest day ever since the museum had opened. Cars were being parked where cars had never even been before!

At last the museum is getting the recognition it deserves and hopefully will go on giving people a fantastic experience of a museum that is run on love and passion, and of course Steve's unique character. 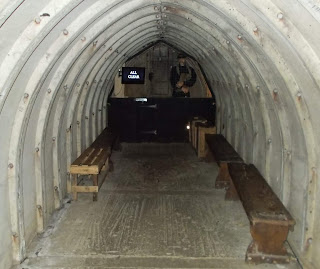